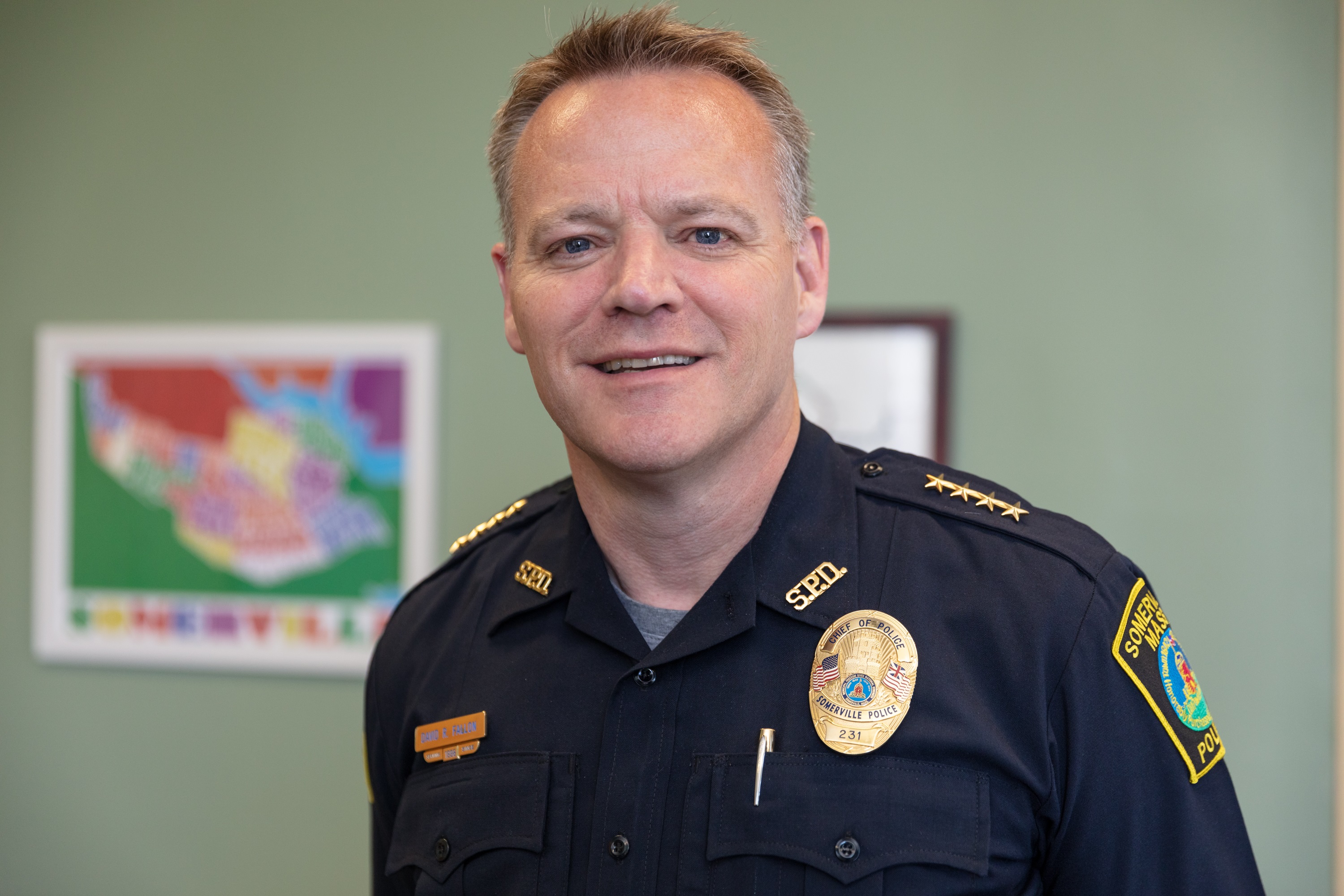 Born and raised in Somerville. Chief David Fallon joined the Somerville Police Department in 1998 as a patrolman. A graduate of Somerville High School, whose parents still live in the city. Chief Fallon served in the U.S. Air Force, retiring at the rank of master sergeant. Chief Fallon's accomplishments in Somerville include the implementation of the Police Department's Smart Policing Grant, which reduces crime and repeat offenders. He also led the Somerville Police Department's pilot program for first juvenile jail diversion and led the effort to develop a regional crisis intervention team that trains police officers from Somerville and neighboring communities on how to respond to individuals with mental health and substance abuse issues.