22026951: On 5/15/22 at approximately 6:05 PM, Somerville Police responded to a business in the area of Broadway & Broadway Pl for report of an armed robbery. Upon arrival, officers spoke with the clerk who stated a man brandished a knife then demanded money. The suspect then stole cash and fled the area. The suspect was described as a white man, wearing a black jacket with a white hooded sweatshirt, a mask covering his face and blue surgical gloves.

22025755: On 5/10/22 at approximately 7:00 PM, two juveniles entered the station and reported a past assault. They stated that while on Linden St, they were involved in an altercation with another juvenile. The two juvenile victims then left the area and were chased by the father of the other juvenile. The father caught up to the juvenile victims then struck them multiple times. 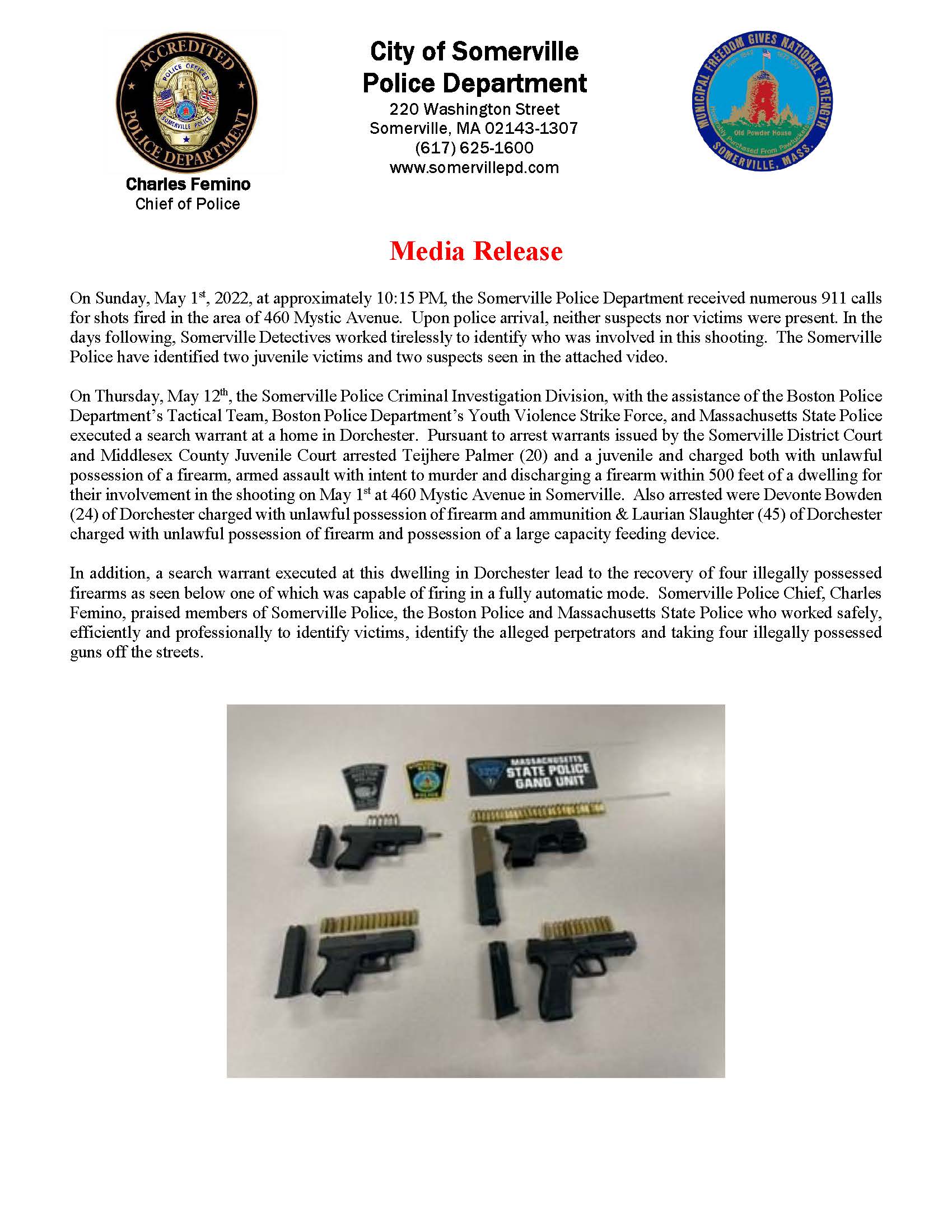 22024103: On 5/4/22 at approximately 3:03 PM, Somerville Police responded to Grant St for report of a past assault. Upon arrival, officers spoke with the juvenile female victim who stated she was assaulted by three females while walking home from school.

Two Arraigned in Connection to Shooting at Mystic Ave

On May 3, 2022, the Somerville Police Department arrested two individuals for their involvement in a shooting that occurred on February 20, 2022 at 500 Mystic Avenue.  Police arrested Amanual Beshah (19) of Malden and charged him with armed assault with intent to murder.  Police also arrested a 17 year old juvenile former resident of Cambridge for the charges of armed assault with intent to murder, unlawfully carrying a firearm, assault and battery with a dangerous weapon and discharging a firearm within 500ft of a building.  A search warrant was granted for this juvenile’s home and police recovered a 9mm firearm during this search.  The same caliber weapon used in the February 20th shooting. This investigation remains active.