22054850: On 9/26/22 at approximately 11:35 AM, Somerville Police responded to a business in the area of Mystic Ave & Temple St for report of an armed robbery. Upon arrival, officers spoke with the victim who stated a male party walked into the store then brandished a firearm and demanded money from the register. The victim then attempted to fight the suspect and the suspect fled the area. The suspect was described as a black male, wearing a black sweatshirt, a black hat with a white emblem, a black facemask, white sneakers, black socks and gray sweatpants. 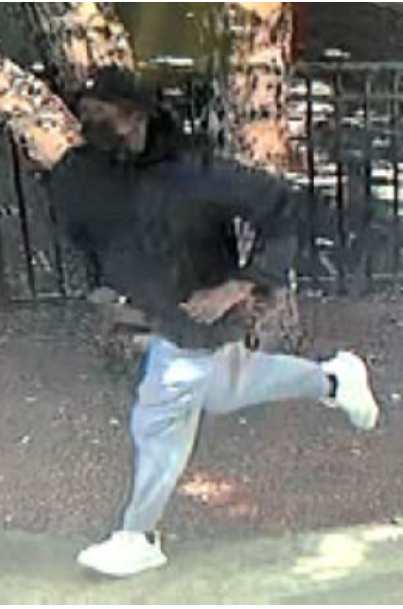 22052739: On 9/16/22 at approximately 5:28 PM, Somerville Police responded to the area of Broadway & North St for report of a robbery that occurred 30 minutes prior. Upon arrival, officers spoke with the reporting party who stated her juvenile son was robbed of his cellphone by three male suspects.

22050487: On 9/7/22 at approximately 7:48 AM, Somerville Police responded to a residence on Grandview Ave for a past breaking and entering. Upon arrival, officers spoke with the victim who stated someone broke into the common area of the apartment and stole her wallet. 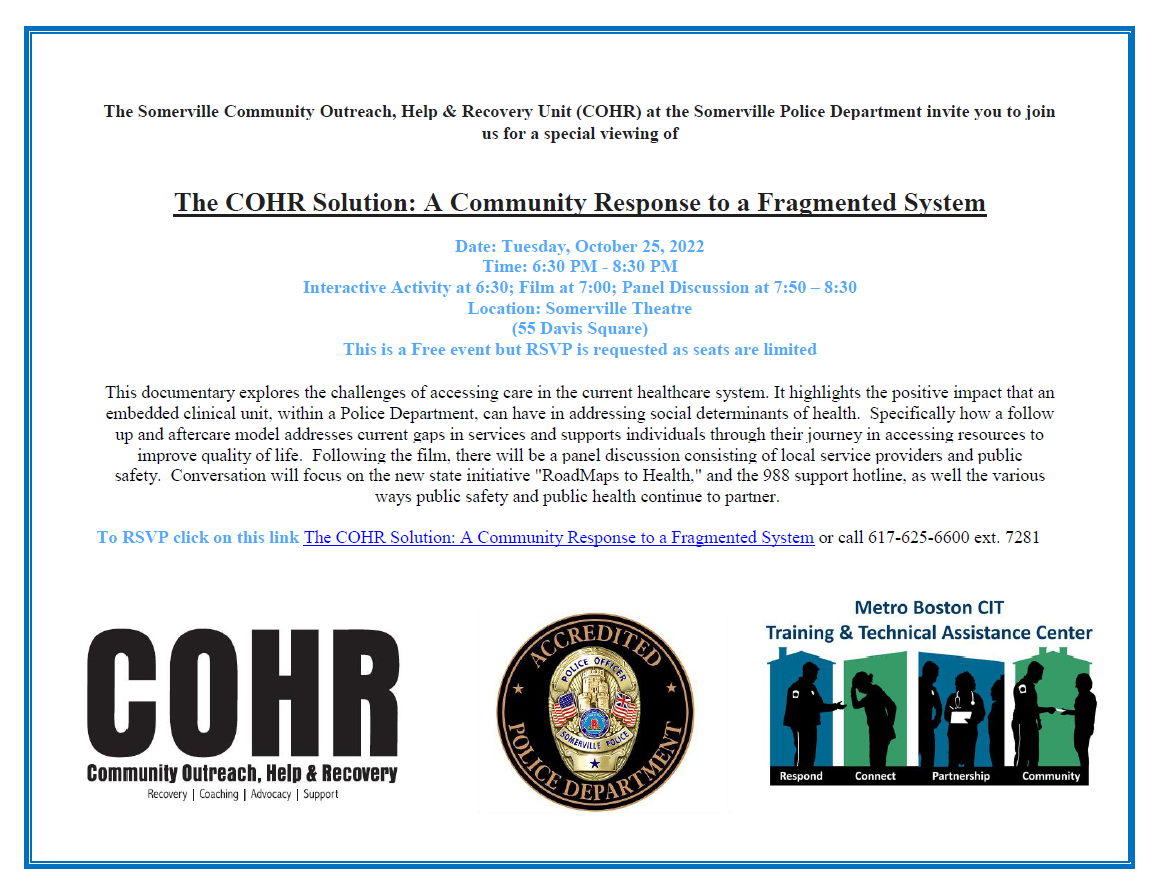 The COHR Solution: A Community Response to a Fragmented System (google.com)

22049390: On 9/1/22 at approximately 6:23 PM, Somerville Police responded to High St for report of a fight. Upon arrival, officers spoke with the victim who stated he was punched in the face following an altercation with a male party at a neighboring house. The suspect was described as a medium to heavy build white male wearing a blue t-shirt.