22020234: On 4/15/22 at approximately 4:48 AM, the pictured individual smashed two windows of a business in the area of Broadway & Marshall St. The suspect then proceeded to steal several packs of cigarettes and cash. Anyone with information, please contact the Somerville Police Department at 617-625-1600. 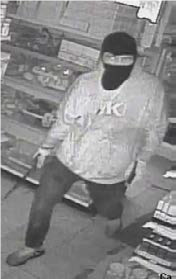 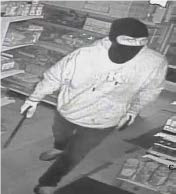 22019724: On 4/13/22 at approximately 4:37 AM, Somerville Police responded to a business on Alewife Brook Pkwy for report of an assault. Upon arrival, officers spoke with the victim who stated while he was waiting for the bus, he was involved in an altercation with two men. During the altercation, one of the men pushed him to the ground. One man was described as black, over 6ft tall, 200lbs, wearing a brown windbreaker. The other man was white, around 5ft tall, 130lbs, wearing big glasses and a backpack.

22019677: On 4/12/22 at approximately 11:00 PM, a man came into the station and reported that his son was the victim of an armed robbery. He stated his son was making a food delivery on Central St at approximately 10 PM the same night and was then approached by a black man wearing all black who brandished a firearm and stole his moped.