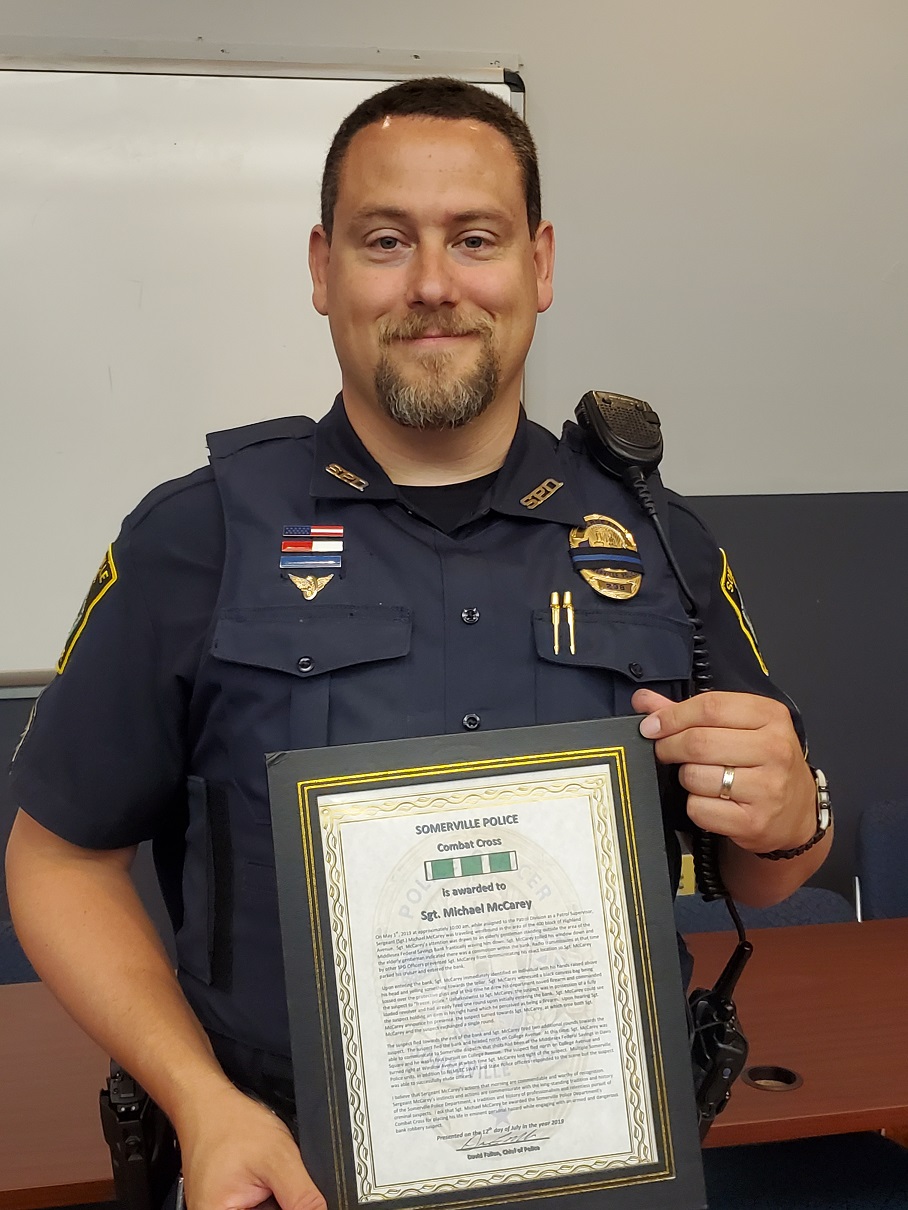 Sgt. Michael McCarey receives the police Combat Cross today for his heroism in the Middlesex Federal Savings Bank Armed Robbery on May 1st, 2019.

It has been five years since an officer at the SPD has been awarded the Combat Cross. The Police Combat Cross is granted to members of the service who have successfully and intelligently performed an act of extraordinary heroism, while engaged in personal combat with an armed adversary under circumstances of imminent personal hazard to life.

On May 1st 2019, at approximately 10:00 a.m. Sgt. McCarey was patrolling the area of the 400 block of Highland Avenue when a gentleman frantically waved him down outside the area of the Middlesex Federal Savings Bank. Upon entering the bank, Sgt. McCarey immediately identified an individual with his hands raised above his head and yelling at the teller. The suspect was in possession of a fully loaded revolver and had already fired a round at the bank. Once Sgt. McCarey announced his presence, the suspect turned towards Sgt. McCarey and fired. Sgt. McCarey was thankfully unharmed but the suspect was able to flee after Sgt. McCarey continued on foot in pursuit of the robber. The robber was eventually captured in Rhode Island after an exhaustive hunt with the collaboration of multiple law enforcement agencies. Sgt. McCarey showed outstanding courage and quickly responded to the call for aid. So today we are proud to recognize his heroism in the face of personal danger. Congratulations to Sgt. Michael McCarey.