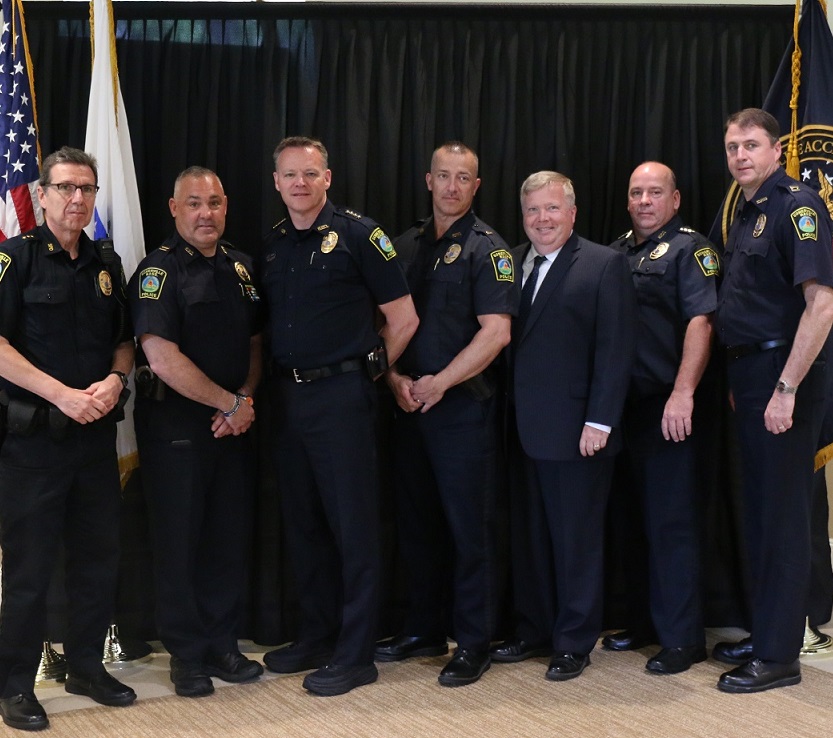 SPD is one of 86 accredited departments across the state.

Contact: This email address is being protected from spambots. You need JavaScript enabled to view it.

Accreditation is a self-initiated evaluation process by which police departments strive to meet and maintain standards that have been established for the profession, by the profession. These carefully selected standards reflect critical areas of police management, operations, and technical support activities. They cover areas such as policy development, emergency response planning, training, communications, property and evidence handling, use of force, vehicular pursuit, prisoner transportation and holding facilities. The program not only sets standards for the law enforcement profession, but also for the delivery of police services to citizens of the commonwealth. The Assessment Team found the Somerville Police Department to be in compliance with all applicable standards for Accreditation.

Under the leadership of Chief David Fallon, the Somerville Police Department was assessed in April by a team of Commission-appointed assessors.  To conduct the initial self-assessment and prepare for the on-site review of the 345 standards by the Commission, in 2017, Chief Fallon appointed Captain Christopher Ward to serve as the Department’s Accreditation Manager.

“Law enforcement accreditation is a badge of honor in the law enforcement profession,” said Chief Fallon. “This is one of the best measures of a police department’s compliance with its professional law enforcement standards. I am so proud of the men and women of the Somerville Police Department for their dedication to our community, and to the standards of 21st century policing. This acknowledgment is a testament to the character and passion for serving. It’s unusual for a department of our size to receive Accreditation, and I could not be more proud that we’ve achieved this status.”

“I want to congratulate Chief Fallon, the current and former Deputy Chiefs, and Captain Ward for their work through this process, and their exemplary leadership and dedication to the City of Somerville. The men and women of the Somerville Police Department, at every rank, are exceptional and truly embrace the tenets of community policing,” said Somerville Mayor Joseph Curtatone. “In a report released in 2004 by the Somerville Police Advisory Group, chaired by former Attorney General Scott Harshbarger, a series of recommendations for SPD included the creation of Standard Operating Procedures, and investing in equipment and training. This award is a testament to the department’s work over the last 15 years, and I’m proud that the City’s law enforcement efforts are being recognized.”

COMPOSITION OF THE COMMISSION

Massachusetts is one of twenty-four states that offer an accreditation process for its police departments.

The standards for accreditation impact officer and public safety, address high liability/risk management issues, and generally promote operational efficiency throughout the agency. The benefits are therefore many and will vary among participating departments based on the state of the department when it enters the process. In other words, the benefits will be better known when the department quantifies the changes that it made as a direct result of achieving accreditation. Generally, these changes involve policy writing, facility improvements and equipment purchases. Listed below are some of the more common benefits.

Mooers added, “Police Certification and Accreditation serve to reassure the general public that the law enforcement profession is trained, prepared and ready to handle routine calls for service including large scale emergencies.  Agency preparedness begins with having a current written directive system that incorporates best practices into agency policies and operational plans.”