An innovative program to foster long-term, beneficial connections, and communication between students and law enforcement. 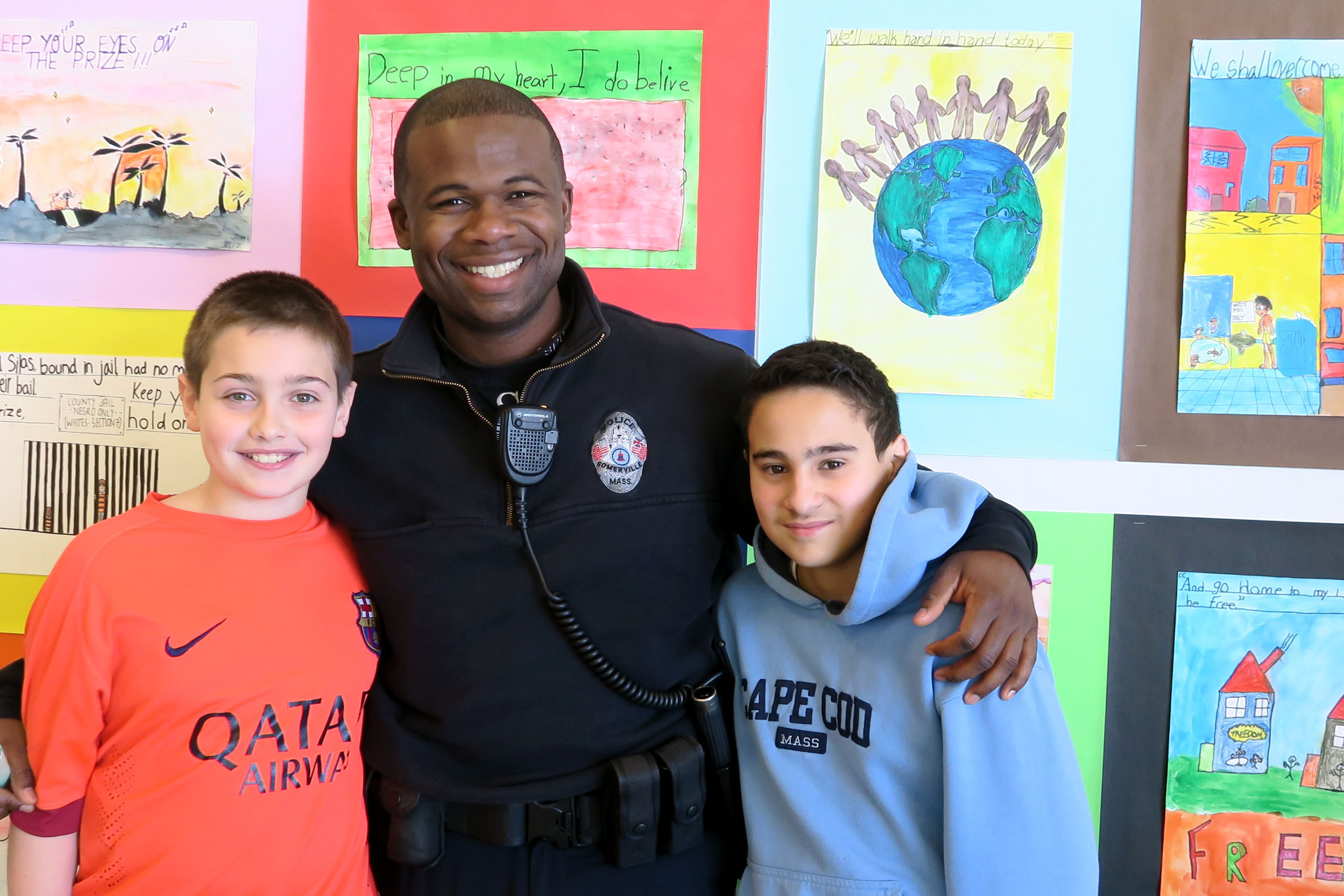 Somerville---Come this September, the Somerville Police Department will be increasing its presence in the schools, but nobody is in trouble---and the City's new STEPS initiative aims to keep it that way.

Starting with the first day of school, as part of the City's new Students & Teachers Engage Public Safety (STEPS) initiative, each of five Somerville police officers will take up their roles as mentors sixth-grade classes in each of the district's public schools. It's a commitment they'll carry through for a full seven years, with each officer staying with their classes from sixth grade through their high school graduation in 2022. And that's just the start. Each year, another five officers will take up as mentors for that year's incoming sixth graders and advance with them, until ultimately every student in grades 6-12 will be participating in the program.

By establishing long-term, real connections between youth and law enforcement, STEPS aims to foster trust and positive relationships between young people and police officers and to help young people grow into responsible and successful adults.

"The STEPS Initiative was designed as a way for police officers, many of whom have grown up in Somerville and attened our public schools, to give back to the community and postitively impact the lives of students, "Police Chief David Fallon said, "As officers make meaningful connections and open up lines of communication with these young adults, it is our hope that they will form a bond that will last a lifetime. As they grow, we grow with them"

Every year a new group of five officers will be assigned to the incoming sixth-grade class. Over the next seven years, Somerville Police plan to have up to 35 officers, approximately one-third of the department's patrol staff, involved in the program.

"The STEPS program has the potential to profuoundly change the dynamic between our officers and the city's youth. Ultimately, not only will every young person in our city know and have an open line of communication with one of our officers, but our officers will better understand the hopes, challenges, and goals of our youth and future adults. In short, we will be building a community where our police and youth have a stake in each other's lives and the importance of that---especially in today's policing environment----can't be understated, " said Mayor Joseph Curtatone. "I want to commend Chief Fallon and the first group of STEPS officers for not just talking about community policing but putting it into action in such an innovative and meaningful way."

Somerville Police Officers Stephen Jones, Walter Collete, Mark Pulli, Paul Beckford and Yvon Jean-Jacques Jr. have committed their time and services to the program. As part of their regular patrol duties, they will check in with their sixth-grade classes during school lunch and recess, and after school to bond and hopefully become role models to the younger members of the community.

"Anytime we help young people build positive relationships with adults based on mutual trust and support, we are positively impacting the paths they take throughout their lifetimes, as well as the future of our communities," said Mary Skipper, Somerville's Superintendent of Schools. "We are so pleased to be partnering with the Somerville Police Department in launching this initiative, and very thankful to be a part of a community that supports youth at every level."

The Somerville Fire Department is also actively involved. As part of STEPS, the Public Education Unit will continue its work to increase student knowledge of what to do before, during, and after an emergency occurs. "The Fire Department is looking forward to expanding our role in the schools working closely with the students, teachers and police officers," said ACting Fire Chief Patrick Sullivan.

"This new STEPS initiative takes a long-term approach and commitment to engage students and teachers with public safety and should be a national role model to build trust within our community," stated Alderman-at-Large Jack Connolly, Chair of the Health and Public Safety Commission.