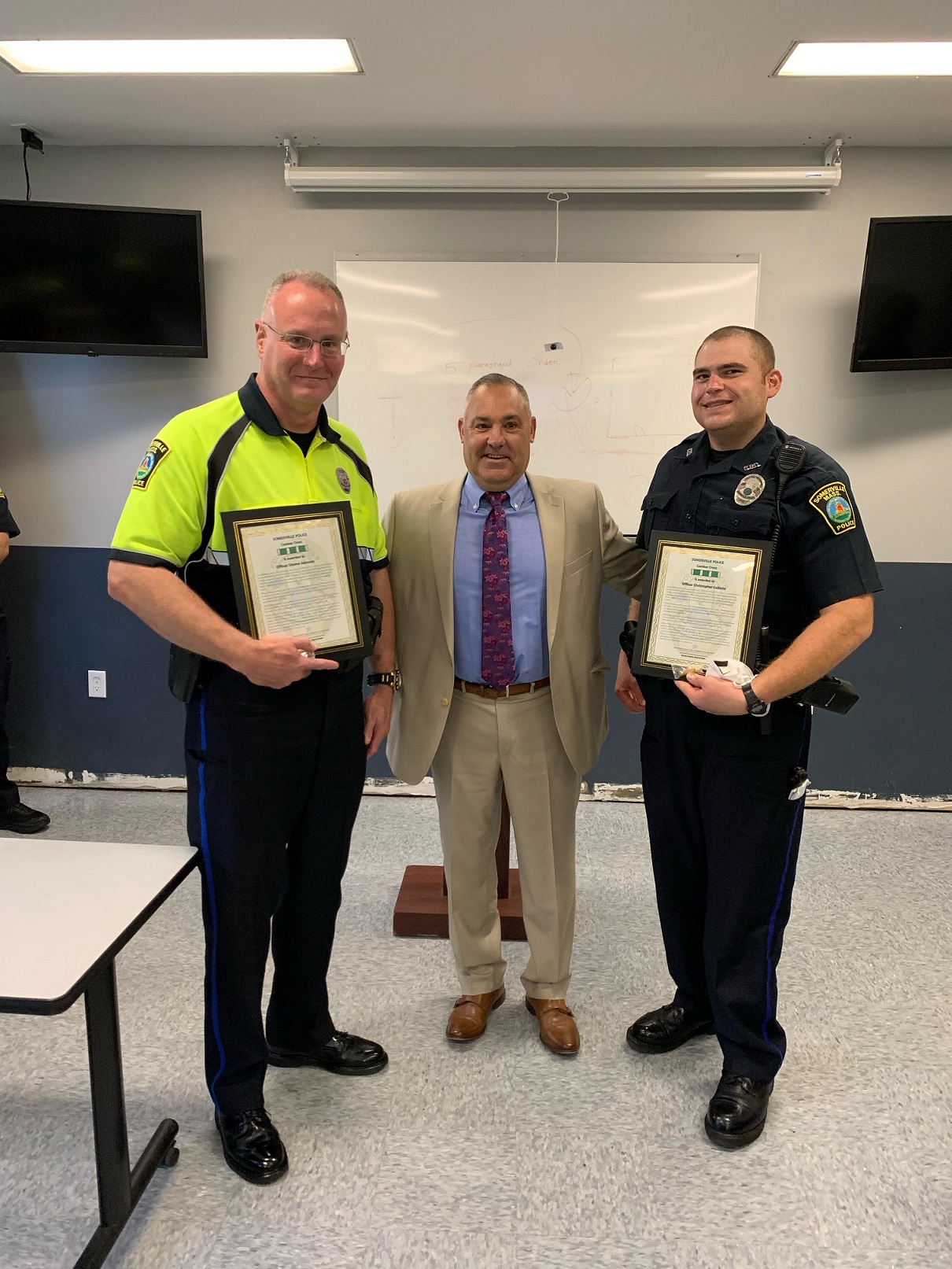 On Wednesday, July 14, 2021, at approximately 7:42PM, Somerville E911 received a call stating that a person had been shot and the shooter was still on scene. Officers Christopher Collette and Steven Johnson responded to the scene. Officer Christopher Collette, being first on the scene, observed an individual standing outside the home where the shooting had occurred, holding a semi-automatic firearm. Officer Steven Johnson arrived on location and both Officers proceeded to engage the suspect.

While Officer Steven Johnson maintained control of the suspect, Officer Christopher Collette rushed into the house where he located a male victim suffering from a gunshot wound. Officer Collette attempted to perform lifesaving medical aid but was unable to revive the victim.

Based on the Officer’s swift response to the scene, observation of the armed suspect, and their ability to take tactical advantage of the situation, the suspect was placed into custody without incident. Officer Cristopher Collette and Officer Steven Johnson demonstrated tremendous control and de-escalation techniques in a volatile situation with an armed suspect. These Officers exemplify the long history of professionalism within the Somerville Police Department. I take great pride in awarding both Officer Christopher Collette and Officer Steven Johnson the Somerville Police Department’s Combat Cross.